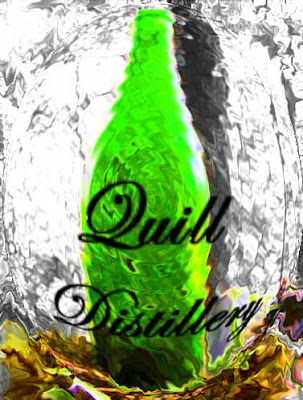 At this time, this domain is not for sale, and here's why:

Back in May 2007, I decided to write a novel in which the main characters have a web presence.

Tentative title: And God Won. Yes, this domain is still on a parking page, but soon I will be setting up a site, which will contain fragments and notes.

Two of the characters have up and running sites, complete with disclaimers: Dr. Jane Q. Godwin and Dracula 911: Vampyre Girl.

I invented people and places that don't exist; I purposely chose names and places that were uncommon because I didn't want any confusion or TM issues; after I discovered a real Jane Godwin (a writer), I added a "Q" to my Dr. Godwin's name (I had already regged JaneGodwin.com, however); I did a careful search of several keywords, doing the exact opposite that domainers typically do: I looked for names that had a low Google presence (I didn't know about Overture back then). I wanted the names to be meaningful, yet not "popular" or used by actual businesses. I figured that if my book took off, it would make the domains popular, not the other way around.

So I selected Quill City as the setting, Quill College as the school where my main character teaches, and Quill Distillery as the business on which Quill College was founded. If these places exist, they were not listed on Google as of May 2007. Had a populous Quill City existed, I now realize that I would have never been able to reg QuillCity.com at the regular price, given the current Geo popularity. Sure, there may be a small town somewhere called "Quill City," but it's probably way off the beaten track. If so, please accept my apologies in advance, and if your leaders get in touch with me, I'll note (in my disclaimer) that your city has no connection with my novel. As for Quill, the place that manufactures pens and other office goods, my little project doesn't even go there.

I wasn't that concerned with having "popular" domain names because my main focus was writing a book, not making money off domain names. Also, one of my characters is a bit "off," so I didn't want to associate a real college or business with her. Fiction writers do walk a narrow path these days, so one has to be careful not to depict real people and real places (unless it's a big city like New York, where it wouldn't matter so much).

The project went on the back burner, and I parked the domains. I'm at the point now where I want to start getting this project off the ground and getting some of those pages up. I really don't like parking much, at least for the kind of domains that I own, but parking does help me keep track of statistics.

Besides, with the new climate in domaining, it will be important to get domains developed and/or sold.

In the past few weeks, I have noticed that overall my Quill stats have been picking up, especially Quill Distillery. Yesterday alone it received 15+ hits, which is puzzling because the term "Quill Distillery" (as of March 2) garners four Google entries, one of them a sponsored link from Quill (the pen people), two of them generated by my sites, and one an eBay site. Of course, once this entry is posted, the Quills will probably generate a few more Google entries.

I can't explain the sudden interest in the Quill Distillery name, unless there IS (or WAS) a Quill Distillery somewhere. If so, I assure the owner that this Quill Distillery is totally fictional--that no alcohol will be distilled using this domain name, at least under my watch. Also, I'd like the PLCB, the ATF, and the FBI, etc. to know this as well and that I have no stills running on my property or elsewhere.

Once the page is up, I will be adding a disclaimer to that effect. But for now, this entry will serve as notice that Quill Distillery is a fictional business.

I'd still like to know why the sudden interest in these domains.
Posted by Jennifer at 1:20 PM